At Hinge we have been studying Visible Experts℠, people who have attained high visibility and expertise in their industry, creating a personal brand that is recognizable industry-wide. We study them because we want to understand how they attained that status and what we can learn from them. This profile focuses on David Meerman Scott, a Visible Expert in marketing and PR.

For David Meerman Scott, necessity was the mother of entrepreneurship. In early 2002, David was Vice President of Marketing at NewsEdge Corporation when the company was suddenly bought out. David found himself looking for a job in an economy that had not fully recovered from the dot-com bubble burst and was now reeling from the 9/11 tragedy. “I tried to find a VP role at another corporation, but I couldn’t get a fulltime gig,” David says. “Eventually I found a part-time VP job at Fair Disclosure Financial Network, where I worked as a contractor. It was a hybrid position, and it ended up being a great way to have some job security while I made the jump into working for myself.” 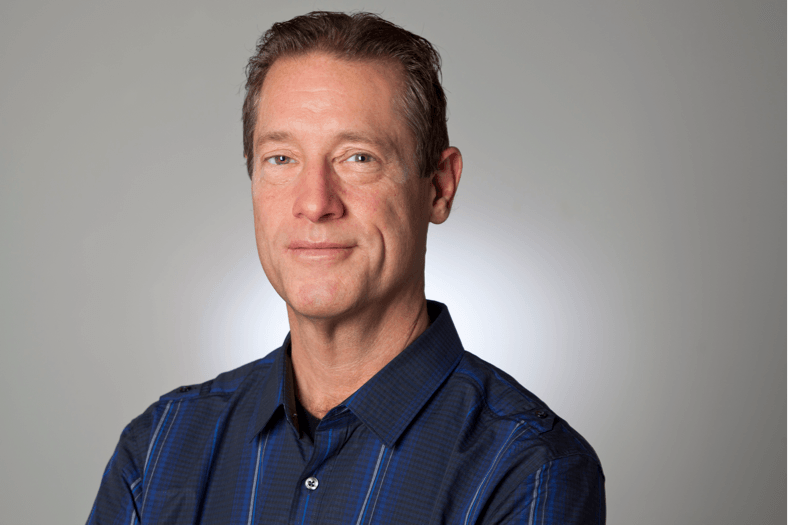 David discovered that entrepreneurship suited him. To supplement his contractor position, he says, “I picked up a few additional clients along the way and realized I could enjoy myself and make a good living not working for the man.” He also began writing regularly, starting his own blog and contributing regularly to EContent Magazine, where he eventually became a contributing editor. Then, in 2005, he published his first non-fiction book, Cashing in With Content.

With his background in media marketing—both with newspapers and online—David was attuned to strong writing in the digital space. He had noticed a pattern where successful online businesses were often the ones also generating high-quality content. This idea was the genesis of Cashing in With Content, an analysis of 20 companies that were using content to drive sales, and one of the earliest books about content marketing in the online world.

But it was David’s second non-fiction book, The New Rules of Marketing & PR, published in 2007 with Wiley, the prominent business publisher, that launched him into the limelight. According to David, “it was the first book that really defined the ideas around how PR and marketing had changed as the result of the web.” The book represented a “dramatic shift” in David’s career, selling over 350,000 copies in four editions since release and catapulting David into Visible Expert status. “After that, the whole world changed,” David says. “People knew who I was and I began getting invited to speak at a lot of venues. Eventually I stopped consulting because I was getting so much revenue from other sources.” Now in its fourth edition, David plans to publish a new edition of The New Rules of Marketing & PR every two years. “Every year I reread the book and look at every single URL, story, and example,” David says. “Anything that’s not relevant gets pulled out and other things get added. The latest edition has new chapters not in the original edition on Newsjacking, real-time marketing, mobile marketing, and marketing with images such as infographics. There’s a constant culling of what’s not interesting and an adding of new techniques. But the overall strategies have remained the same throughout.” David has published six other books since then, and his latest, The New Rules of Sales and Service, releases on September 2.

The World’s His Stage

David’s writing success launched his career in public speaking, which has become his largest revenue stream. He speaks at corporate events for companies like Cisco and Accenture, at conventions like the Microsoft Worldwide Partner Conference, and for organizations like the American Association of Inside Sales Professionals. As a Visible Expert in marketing and PR, David is unusual in that he has broken into the international market. He worked for nearly a decade in Asia and his books are translated into 26 languages. As a true internationalist, he is in demand around the world and has given talks in 40 countries and on all seven continents.

“The greatest gift in the world is the gift of the stage,” David says. “I treat public speaking as an art, like being a musician and artist.” To hone his craft, David works with renowned speaking coach Nick Morgan. “Each audience deserves my very best, and I take my job very seriously,” David says. “I’m always trying new things on the stage. I enjoy that every engagement is different, with a different audience and a different vibe.”

David chalks up his success to being able to identify economic and cultural trends and explain them to others. “In my case, I get really excited when I see a pattern that others have not seen or talked about before,” he says. “There are a million books about business and it’s hard to break through if you’re writing a similar book to what everyone else is writing.” To become a Visible Expert, David believes, one must find a unique perspective and be able to communicate those ideas in understandable ways.

A good example is his recent book, Marketing the Moon, published to coincide with the 45th anniversary of the first lunar landing. “There were thousands of books written about the Apollo mission, but no one had looked at the marketing angle. If we didn’t do good marketing, we never would have had the opportunity to go to the moon.” While David Meerman Scott may not be the first to set foot on the moon, he continues to break new ground in marketing and PR, here on Earth.

On LinkedIn or Google+?  Join us on LinkedIn and follow us +HingeMarketing.